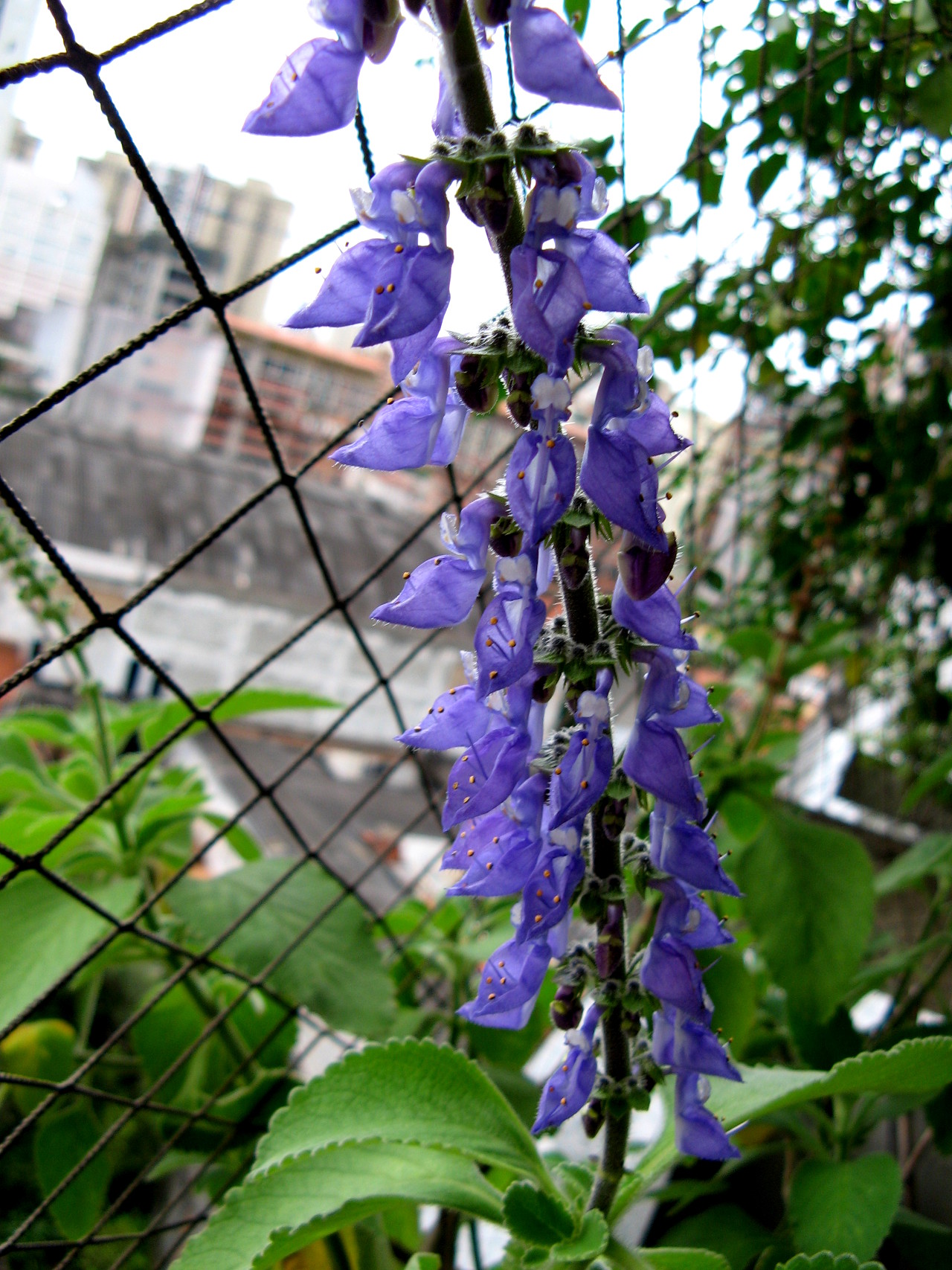 Why Forskolin Helps to Clear Up Psoriasis

There are many ways how forskolin can help with psoriasis but most if not all of them are connected to its ability to increase the cAMP levels.

Peripheral neuropathy and psoriasis have at least one thing in common – both are driven by malfunction in nervous system.

So what should be the No. 1 priority? Appropriately functioning nervous system which requests the healthy and well build neurons.

Forskolin is one of the powerful supplements which helps in regeneration of damaged neurons.

I have some previous articles about the effects of forskolin on the body but one of the less known effects is that it helps with damaged neurons.

As you may know I consider psoriasis more a neuronal problem than immune problem because nervous system controls the immune system. You can read more about that in my previous posts tagged “autonomic-nervous-system”.

Increased levels of neuronal cAMP are present in injured peripheral nerves which may suggest that cAMP is involved in peripheral nerve regeneration. The scientists used forskolin as a powerful adenylate cyclase activator to increase the levels of cAMP even more. Forskolin produced a sustained 40% increase in the rate of sensory nerve regeneration in freeze-lesioned nerves. Researchers concluded that increase in cAMP levels and activation of related protein kinases stimulate regenerative nerve growth following the trauma.[4]

In another study the scientists concluded that the increase in cAMP levels may have neurotrophic effects (nerve growth promoting effects) on facial nerve regeneration in rats. The nerves in rats were completely transected and immediately sutured (nerves were cut and stitched back) and then topically treated with cyclic AMP and the analyses were done at 14th and 28th day after the procedure.

Statistical differences in behavioral and histometric analyses of the nerves were found on 14th day suggesting an early regenerative response of the facial nerve to cAMP. [5]

Facial nerve regeneration is not an easy process so everything which helps with this may have significant effect on facial nerves and even more pronounced also on other neurons like those found in the skin.

Forskolin in another study resulted in significantly increased numbers of regenerated axons compared with saline control.[6] 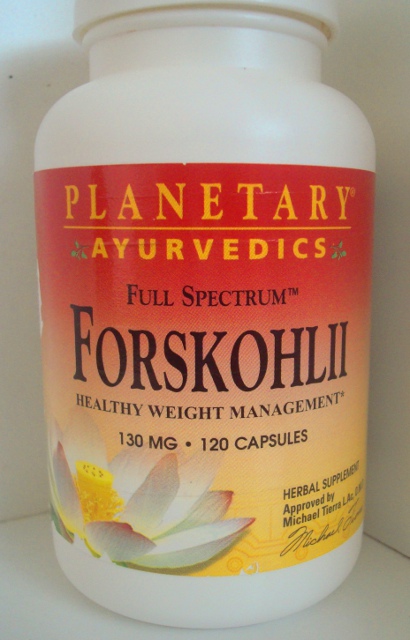 Personally, I have used this forskolin product for my psoriasis.

Forskolin is a powerful stomach acid inductor hence it supports the hypothalamus/pituitary gland axis communication pathway which will result in the increased stomach acid production.

Forskolin is also the vasodilator and psoriasis is caused also because of tissue hypoxia/low oxygen content. Therefore hyperbaric oxygen therapy, Dead Sea where is higher atmospheric pressure and diving will clear the psoriasis.

But back to stomach acid and Forskolin – hence the forskolin increased HCL production in the stomach the pathogens are killed (it is known that many chronically ill people have their stomachs colonized with bacteria which should be normally exist in the intestines only). The pH in the stomach is often the achlorhydric about 5-7, should be 1-3.

Increased HCL to normal levels will subsequently stimulates the pancreas to produce the digestive enzymes which gets into the blood where they helps the body to dissolve the blood clots (microclots caused by bacterial endotoxins) which are in my opinion heavily involved in the process of the psoriasis plaque creation.

Also the liver is stimulated to produce the bile salts what will kill the bacteria in the small intestine and it is also the way liver uses to pump out the toxins out of it.

Add to the regimen the fish oil, vitamin D3, zinc, multivitamin, high quality b-complex and Betaine HCL if needed and you will be amazed how easy it is to send your psoriasis away!

You even don’t have to be on a gluten free diet and still you can say goodbye to the worst stage of your psoriasis.

Indian herb Coleus Forskohlii (contains the forskolin) is actually one of the best supplements that I have ever tried. Didn’t use it for psoriasis although there are people who cured themselves by taking forskolin daily for about 2-3 months. It is also used in ayurvedic medicine as treatment for psoriasis, asthma, increased intraocular pressure, hypothyroidism, low activity of immune system, and for inhibiting the platelet aggregation amongst the others.

I took it just for more energy multiple times for a few days so it did nothing to my psoriasis. However I think that after about 2 months course you could see an improvement since this herb is used as psoriasis remedy for the centuries.

You can feel the difference in energy in about two days of taking it on empty stomach in dose about 25 mg of forskolin (which is a 10 % extract in one 250 mg capsule or 20 % in one 125 mg capsule of dried powdered Coleus Forskohlii root) in the morning and before going to bed.

Since the herbs are really powerful in modulating various processes in the body you definitely shouldn’t take forskolin as supplement more than 3 months in a row.

It can definitely help you to loose some weight but the diet is always the most important factor! You can’t think that you can eat 4 pounds (2 kg) of junk food a day and some supplement in one little capsule will cure you or melt the fat away.

Also keep in mind that you can also gain some weight using the forskolin. It all depends on your body and if you are overweight or underweight. It is not 100 % sure but those who are overweight despite exercising and normal Calorie intake should loose some weight taking the forskolin and those who can’t gain weight despite eating a lot of Calories should put on some weight thanks to forskolin. It is partially caused by improved digestion by very effective stimulating the stomach acid secretion as well as helping the pancreas to produce the digestive enzymes.

Since the Coleus Forskohlii active extract – forskolin helped may psoriatics it has one particular effect that many are worried about – increases the insulin.

According the next study it is right however what I read they used in the rat study forskolin at high doses like 1,5 mg/kg and administered it intravenously [1]. The most supplements contain about the 20mg-50mg of active forskolin per capsule, so the average person (150 lb/70 kg) would need to take two 50mg capsules and we have to consider that since it is taken orally its bioavailability is probably lower. That study showed that forskolin increased the blood glucose levels in rats and also potentiated the glucose inducing effect on insulin release [1], so its effect wasn’t directly affecting the insulin levels in blood. Another study shows that the effect of forskolin on insulin release is rapid but also reversible in 15 minutes of removal of the drug [2]. Another study even showed that forskolin suppresses insulin gene transcription in islet beta-cells [3].

However you should take herbs (and any other supplement) at lower doses first to know how you tolerate it and then they will be just beneficial. Since some people can’t tolerate forskolin supplements they should try the Betaine HCL since it can be the better option than forskolin for them. For everybody without the stomach ulcers or similar stomach problem Betaine HCL might be the right supplement to treat psoriasis.

But still remember that the good diet is very important since our bodies need all the nutrients – vitamins, minerals, proteins, quality fats and carbohydrates. If you want to try to use lower dose of forskolin you can order this 10 mg forskolin supplement Life Extension, Forskolin, 10 mg, 60 Capsules.

*Featured image: Build upon original photo provided by mauroguanandi under the CC (by 2.0) license.