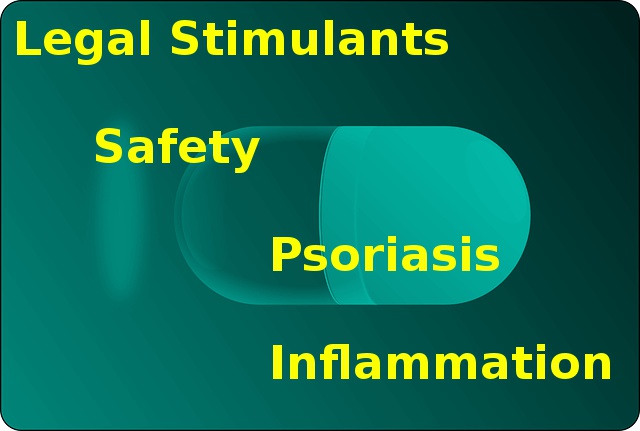 A lot of people with chronic diseases including psoriasis are trying to find some magic supplement or drug which could at least improve their health. Some of them may become easily acutely unsafe and the others may cause long-term negative side effects which are not necessarily life-threatening.

Keep in mind that EVERY substance in the world including the water has its lethal dose. Therefore the next list does not include death as one of the negative side effects of any substance mentioned below.

This post is not intended as recommendation for use of any herb, supplement or substance mentioned below!

Ephedrine is illegal or controlled substance in many countries around the world! I am not recommending anybody to buy or use Ephedra herb or ephedrine!

Who cares that ephedrine improves diabetes and regenerates the pancreas? Nobody because ephedrine is a natural chemical which can not be patented and generate huge income.

It is funny how governments are trying to ban so many supplements containing just natural ingredients like they did in case of Ephedra sinica. Ephedra was used as a popular stimulant and fat-burner for many years and has its place in Traditional Chinese Medicine for thousands of years.

However, governments banned its sale due to allegedly high risk of cardiac arrest when overdosed. Well, everything if overdosed may have fatal outcomes even pure water.

Additionally they made illegal or highly restricted the access to pure ephedrine allegedly due to fact that ephedrine can be used to make methamphetamine.

Street drugs or people who willingly take extremely high doses of herbal stimulants is not the problem of herbal medicine or plants themselves.

Drug dealers and producers have nothing to do with herbs which grow on this planet for ages.

Also athletes rarely used just Ephedra supplements and that is why Ephedra was not so dangerous when used correctly as they want us to think.

Athletes often combined Ephedra with man-made stimulants, steroids, high doses of caffeine and OTC and prescription drugs and that is why some of them got to the point of cardiac arrest.

Ephedrine activates the adrenergic receptors so we can consider it as a long-lasting exogenous form of adrenaline-like substance. It has also its positive effects and some people even reported significant improvement of psoriasis when they drank the Ephedra tea regularly. 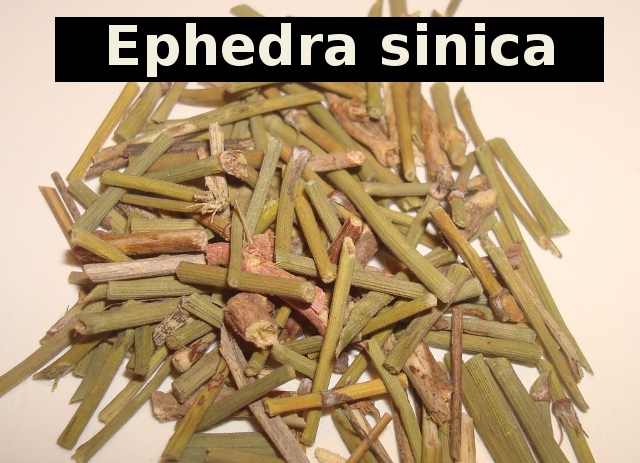 Ephedra and ephedrine use in mice proved to suppress the hyperglycemia in mice with damaged pancreas. Furthermore Ephedra and ephedrine both promoted the regeneration of atrophied pancreatic islets cells. Scientists suggested “that Ephedra herba may regenerate atrophied pancreatic islets, restore the secretion of insulin, and thus correct hyperglycemia”.[1]

Caffeine is a dangerous drug as well but why nobody wants to ban the coffee and energy drinks? Mostly energy drinks are well known as cause of many cases of cardiac arrest worldwide.

High caffeine intake (687 mg or more per day) is “associated with a modestly elevated risk of primary cardiac arrest”.[3]

Caffeine in dosages of about 10 grams is enough to cause a fatal poisoning and cause the cardiac arrest.[4]

Isn’t it the time to ban also the coffee, energy drinks and pure caffeine which costs about 5-10 dollars per 2 pounds (1 kg)?

Maybe the better way would be to legalize the ephedrine so people could benefit from its positive effects on health.

Currently there is a lot of products on the market worldwide containing the pseudoephedrine which is known to cause the cardiac arrest too.[5]

Generally, pseudoephedrine is considered as weaker substance compared to ephedrine when it comes to its stimulant and vasoconstrictive effects.

Now it is sold usually combined with other drugs like paracetamol as an over-the-counter nasal decongestant in pharmacies all over the world.

The producers of those OTC drugs intentionally add paracetamol or some other substance to pseudoephedrine in order to prevent the abuse of pseudoephedrine.

However, if you combine paracetamol which is really hard on the liver with pseudoephedrine you just make a much stronger drug cocktail which may lead to cardiac arrest too. So is that pseudoephedrine (a naturally occurring alkaloid) or is it the synthetic drug paracetamol what makes more damage?

Additional drugs often potentiate each other effects so combination of anything must be considered as a completely new drug and not as just the two separate drugs.

The two most commonly used stimulants are caffeine and nicotine.

Neither one of these drugs is proved to be significantly physically addictive but profound psychological addiction is surely present at least with nicotine.

Caffeine in low doses like one cup of coffee is generally safe but increases the effects of many other stimulants and drugs. Therefore it is advised not to combine it with anything else! 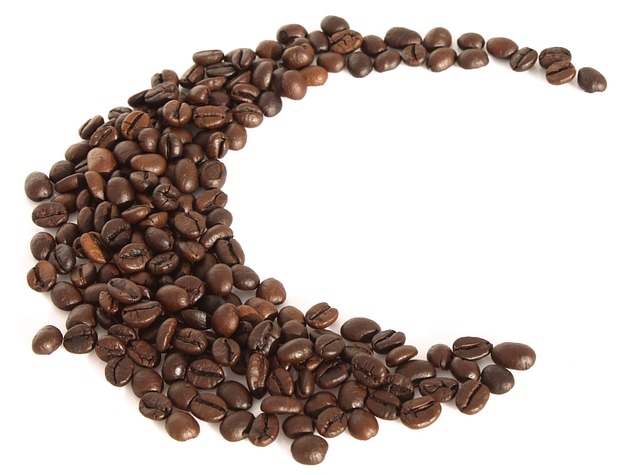 Transdermal patches or vaping are preferred ways how to administer the nicotine in those who need it for some reason.

There is no need to start using the nicotine if one has no problem already.

Nicotine may help with anxiety, depression, POTS and inflammation generally.

Adaptogens like Mucuna Pruriens and Rhodiola Rosea affect the dopaminergic system so their effects may persist in some way for a long time after the discontinuation of the supplementation.

Those supplements are not recommended for those who experience psychosis, impulsive behavior or those who are prone to addictions including the gambling.

Rhodiola is one of the best anti-anxiety and anti-depressive herbs out there. The effects may be very strong so do not combine it with ANY other substance – neither coffee!

Sulbutiamine is a synthetic form of vitamin B1 which crosses the blood-brain-barrier more easily than other forms of vitamin B1.

Even though the possession and sale of pure ephedrine is illegal in many countries it may be possible to get the ephedrine containing herb called Ephedra which is native to China.

When you buy a Yohimbe supplement you actually get the bark of a tree which is native to Central Africa.

Yohimbe is usually used as aphrodisiac, fat loss supplement, workout stimulant and erectile dysfunction support. The major active ingredient in Yohimbe is Yohimbine which can be bought as a standalone supplement.

This is a really powerful supplement. The tablets are made usually as 100mcg or 200mcg and you really do not want to take many of them.

Even the dosage of 1mg which is 10 tablets of 100mcg would likely produce very uncomfortable state for hours so keep the dosage low.

This amino acid may be somehow stronger than what you get from Mucuna Pruriens but the negative effects seem to be substantially worse and more often.

Methylhexanamine or Geranamine are just another names of the 1,3-DMAA which is considered as one of the most effective compounds ever used in pre-workout supplements.

Currently the legal situation around the 1,3-DMAA is somehow complicated even though the substance is not illegal.

Many producers decided to step back from producing the pre-workouts containing the 1,3-DMAA. However, there are still some products containing it.

This substance found its way into the supplement industry mostly after the ban of 1,3-DMAA mentioned above.

Higenamine just like the DMAA is something that you should be careful when using. Higenamine can cause the heart problems even easier than DMAA mostly due the fact that it is considered less effective compared to DMAA so people tend to be less careful when taking it.

Users may underestimate its effects and take more than it is safe. That may easily result in irregular and very rapid heart beat which is life-threatening!

Positive: mild stimulation – a lot of users say it is not worth it
Negative: rapid heart beat – may be life-threatening, dizziness
Onset of Effects: 5 – 30 minutes
Duration of Effects: 1 – 2 hours

Some of the supplements mentioned in this article may be combined which may dramatically increase their effects but one should know what is doing before doing so.

A lot depends on the biochemistry of each individual and the dosage taken.