How to Take Diflucan and Sporanox for Psoriasis

If your doctor prescribed you fluconazole (Diflucan) or itraconazole (Sporanox) for psoriasis you may ask how to take those drugs to get the most of their effects.

You may ask if it is better to take them on an empty stomach or with food? And maybe you take omeprazole or Betaine HCL which might possibly affect the bioavailability of those antifungal drugs.

And there are even more questions because the scientific data proved that even your race depends when it comes to bioavailability of the drugs.

Fluconazole and Itraconazole – both of these drugs are hard on a liver so make sure to not to take them for longer period of time than necessary and have performed blood tests for liver enzymes.

As a long-term solution for yeast infections (along with good diet of course) there is a good option – Nystatin. It is a poorly absorbed drug doing its job mostly in the digestive tract.

There is just a handful of doctors who understand the damaging effects of yeast and fungal infections on the body. Most of them think that some ringworm, skin rashes and toenail fungus is all those pathogens can do to our bodies.

But the truth is that psoriasis, cancer, asthma and virtually all chronic diseases may be directly caused or extremely aggravated by fungal and yeast infections.

Empty stomach vs. With Meal: Fluconazole and Itraconazole 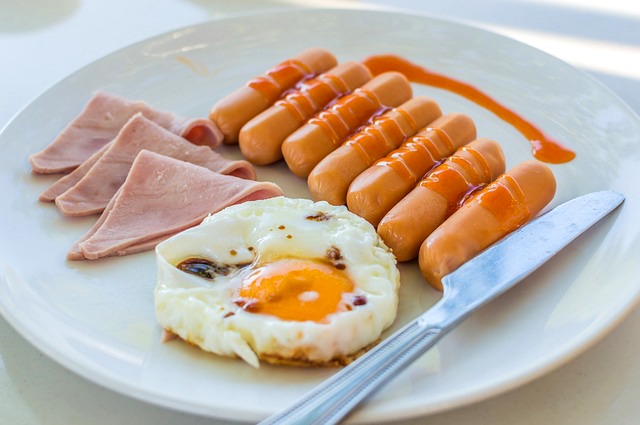 ”
The influence of food on the pharmacokinetics of the triazole antimycotics fluconazole and itraconazole was investigated in a randomised, parallel group, single dose study in 24 healthy subjects. Each group took either a 100 mg capsule of fluconazole or a 100 mg capsule of itraconazole, pre-prandially or after a light meal or a full meal, in a three-way crossover design. Gastric and intestinal pH were measured with a co-administered radiotelemetric pH capsule, and gastric emptying time of the capsule (GET) was taken as the maximum gastric residence time of drug and food. The plasma AUC and Cmax of itraconazole were significantly different under the various conditions and the mean AUC was greatest after the full meal. The bioavailability (90% confidence intervals) of itraconazole relative to that after the full meal, was 54% (41-77%) on an empty stomach and 86% (65-102%) after a light meal. The criteria for bioequivalence were not attained. In contrast, the bioavailability (90% CI) of fluconazole relative to the full meal was 110% pre-prandially (100-115%) and 102% after the light meal (88-103%), and the criteria for bioequivalence were attained.”
[2]

The scientists concluded that fluconazole absorption does not depend on factors like stomach pH, gastric retention time or co-administered meal composition.

In other words it does not depend if you take fluconazole (Diflucan) before, with or after a meal but itraconazole (Sporanox) is absorbed much better when taken with a full meal.

”
Itraconazole absorption was promoted by low stomach pH, long gastric retention time and a high fat content of the coadministered meal, whereas the pharmacokinetics of fluconazole was relatively insensitive to physiological changes in the gastrointestinal tract.
” [2]

Since itraconazole is usually administered with food there is a possibility of underdosage in Japanese patients because the another study stated that there were significant differences in its absorption in German and Japanese volunteers. The same study found so such problem with fluconazole.[3]

Omeprazole and absorption of Fluconazole

Actually, this is not about the effects of omeprazole or other anti-acid drugs on absorption of fluconazole rather than the (un)importance of stomach acid for fluconazole absorption.

The omeprazole treatment in 12 healthy volunteers for 7 days raised the median gastric pH from pH 1.1 to pH 4.7 (generally considered as hypochlorhydria) but this had no significant effect on the gastric emptying time (median 4.3 vs. 4.9 hours) and absorption of fluconazole.

Dangers of The Drugs

It is not just the polluted environment, pesticides and the other chemicals in food many people take also the over-the-counter or prescription drugs, which damage not just the liver and kidneys. The two organs which are the most responsible for the detoxification of the body.

Many doctors still recommend to take the aspirin daily to thin the blood in order to avoid or improve the cardiovascular diseases. They recommend to take the salicylic acid despite the fact that there are the studies which confirmed very negative effects of this chemical on the kidneys even in very low doses.[203] Not to mention how many people take it in high doses for headache and fever.

Yes, salicylic acid is a natural treatment (willow trees) which was already used about 2 500 years ago by Hippocrates. But the amount of salicylic acid in the bark of those trees are about 2-3 mg/gram of bark so you would need make the tea from about 50 grams of bark to get the amount of one 100 mg pill.[188]

Also there are usually another chemicals in the herbs that act synergistically with each other in a way, that one chemical blocks the negative effects of another in the human body. Just people got that false feeling that it is OK to synthesize/extract just one chemical from the plants and use it as a medicine alone.

Also the acetaminophen based over-the-counter or prescription drugs which are also used to relieve the pain and fever.[204, 205] These drugs are also highly hepatotoxic – induce high oxidative stress in the liver.

The story of ketoconazole

In spite of all those toxic over-the-counter drugs the recent case about the ketoconazole (despite this drug is extremely toxic for liver) looks more funny than serious.[100]

In July of 2013 the European Medicines Agency (as well as FDA in the USA) issued the warning about the oral ketoconazole and its dangerous effects on liver.[100]

The drug which is on the market about 30 years is suddenly bad, dangerous and not recommended to take? And who is responsible for the damaged health of the millions of people who took the drug? Nobody? Or  nobody during those 30 years damaged his health taking this drug, so there is no problem?

How is it possible that this and many similar poisons get on the market in the first place?

Even more funny is the journey the EU decided to release the warning. In July of 2011 (!) France requested the EU to review the ketoconazole safety after the French medicines agency concluded that the benefits of this drug are not worthy the other toxic effects.

So the EU (European Medicines Agency) was “working hard just” 2 years and now in July of 2013 it issued the statement that it recommends the oral ketoconazole to be banned. So actually it took “just” 14 years to issue the warning about this extremely toxic drug since the European Medicines Agency points to the study from 1999 as the reference that supports its decision .[184]

I can imagine that some secretary/assistant in Brussel (the unofficial capital of EU) got the work for 1-2 weeks to write the statement about the ketoconazole. And of course that the assistant’s monthly salary is 5 000 EUR which is really not so much for the “amount” of work they do in such a short space of time. Two years and European Medicines Agency used the public study from 1999 as reference why it recommends the ketoconazole to be banned? Two years…

They could better take a look at the study from 1986 which concluded that single dose at 50mg/kg of ketoconazole inhibited the bile flow and bile acid synthesis up to 92%. That study was “just” 27 years ago (ketoconazole was first synthetised in 1976, marketed from 1981). [186]

The another study is from 1983 which concluded inhibition of adrenal steroidogenesis by blocking the cytochrome P450-dependent enzymes.[185] Now it is well known that the bile acids to be produced in the liver need the enzymes from P450 family.

And the best one is the fact that ketoconazole is nowhere near the worst drug on the market today. Actually it is nothing when compared to many other drugs, but again, who cares? Nobody!!! Who is responsible? Nobody!!!

It is still the same game – new drug is allowed on the market because of the fake studies, corruption, stupidity, money and people without the empathy.

Then some real studies appear and show how toxic the drugs are and the drug is (very slowly) on its way to be banned. 10, 20, 30 years of drug sales = billions. Nobody is responsible for the millions of people that took the drug and damaged their health or even died. A lot of drugs was withdrawn from the market worldwide in the past.[207] Why and how those substances was first approved?

Nobody is sad for some drug that is gets banned because they have the new drugs (probably the same or even more toxic) which will go on the market and generate the money, too. The same story again, again, again,…

If everybody (citizens) worked so ineffectively like the governments, they would have nothing to steal like they still have today.

Damn, wake up and change the system in this world, because now it is funny, sad and surely not understandable for any intelligent human being.

And those corrupted governments still feel the responsibility for our health so they are banning the natural products and herbs to protect us from the effects of the nature on our health. Nobody believe anymore you or the worldwide scam – Codex Alimentarius.[208, 209]