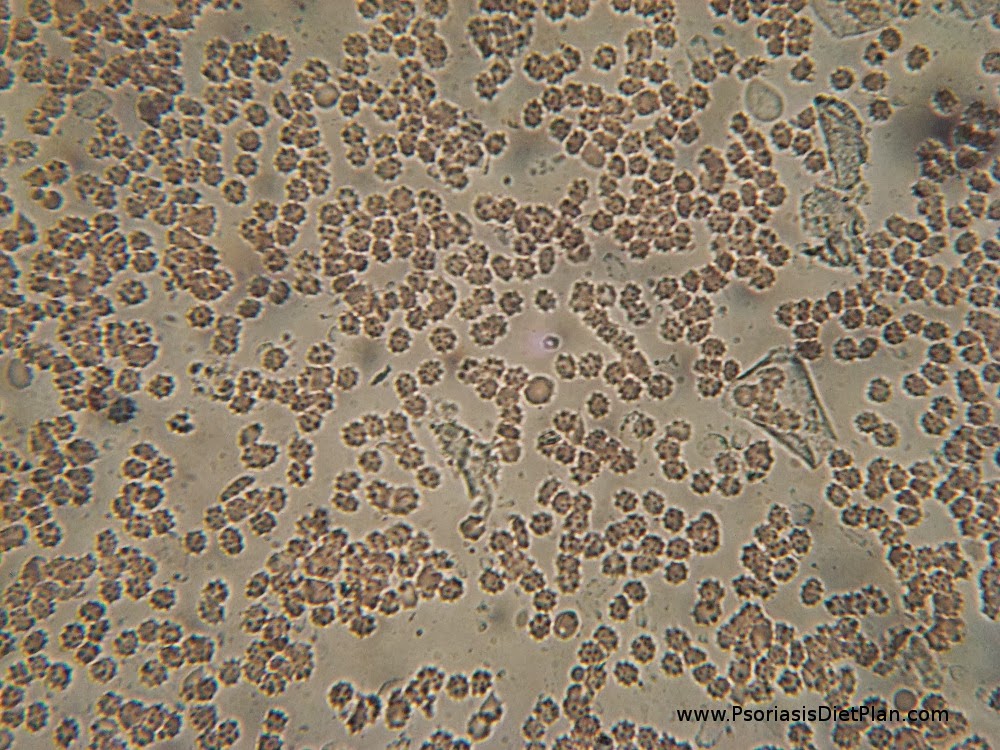 There was a study in Hungary that concluded the very positive effects of supplemental bile acids on psoriasis. After the two months there was almost 80% of the treated patients without the symptoms of psoriasis just by taking the bile acids/salts as supplement. And two years later there was still more than a half of patients – 319 of 551 – without the symptoms of psoriasis.[1] So you can buy the bile acids as supplement to speed up the healing and cure yourself.

VERY IMPORTANT: Treat all hidden or chronic infections that you can! For most people that means the root canals!!! Once the tooth is dead – it has to be removed from the body. It is impossible to fix it any other way than an extraction! When the dentist will make the root canal the tooth starts to rot because the bacteria proliferate there and release the toxins which are destroying the tooth and eventually flow through the body. Those toxins can cause everything from ME/CFE, multiple sclerosis, Parkinson’s disease, cancer, diabetes, fibromyalgia, ulcers, Crohn’s disease, IBS, eczema, psoriasis and many other illnesses… [33]

Even the teeth from the grave that is hundred years old look better (whiter) than those with the root canal that gets gray color usually just after a few weeks or months after the procedure.[151, 152]

If we would take as fact that intestinal bacteria affect the psoriasis just by overwhelming the liver then it really doesn’t matter what species of bacteria live there. The problem is that there is a lot of them in the intestines.

The second most effective and important step (first is taking the bile acids) is to be on the SCD (Specific Carbohydrate Diet) since if you have low stomach acid, not enough pancreatic enzymes and bile, then it is impossible to digest the complex carbohydrates (polysaccharides, oligosaccharides and disaccharides). The undigested carbohydrates will feed the bacteria and cause them to proliferate which leads to abundance of intestinal toxins that overload the liver so it is the vicious cycle.[154]

Note: Of course that the psoriasis will usually clear up even if you wouldn’t be on a diet just by using the bile acids/salts supplement but the point is to restore the body (stomach, pancreas and liver) to work on its own in a short space of time.

Those with the blood coagulation disorders or taking the anticoagulative drugs should NOT take the bromelain or the other proteolytic enzymes. It may cause serious bleeding in the mouth, digestive tract or else in the body.

It is all up to you so you decide what is the best time to take the supplements and what to eat. But keep in mind that the enzymes (bromelain or papain in capsule, pineapple or papaya) is better to take first to dissolve the bacterial protecting biofilm and then take the antibacterial supplements like neem, pau d’arco or coconut oil.

Some people can have diarrhea, pains or other complications when take the supplements on empty stomach so everybody should take the supplements and eat when it is the best for him/her. Also taking the Betaine HCL is dangerous for those with the stomach ulcers or serious pancreatic or liver problems. The recommendations in this article are just for those without any serious problems other than psoriasis. And even after that it is still just your own responsibility for your health so you may want to consult the professional about your specific case.

The problem starts often in the upper part of the digestive tract – many people have low stomach acid.[92] Some people can cure their psoriasis just taking the Betaine HCL (and the brewer’s yeast).[96] The most effective it is of course for those who have just a few spots what means that their liver and the intestines are not so toxic, yet.

How the Betaine HCL works?

1. Normal HCL level in the stomach will kill the pathogens in stomach.
2. The same thing happens in duodenum.
3. In duodenum the HCL and partially digested food will stimulate the pancreas to produce the digestive enzymes.
4. Also the liver is stimulated (thanks to proper amount of HCL in the stomach/duodenum) to produce the bile acids which have the alkalizing properties.
5. Pancreatic enzymes help to kill the pathogens (bacteria, parasites) in small intestine – healing the leaky gut.
6. Bile acids break up the toxins in the small intestine and kill the bacteria also. Liver is not so overwhelmed and can do its job in maintaining the good conditions in the body which leads to health instead of the disease. Liver which is not overloaded can detoxify the blood and produce needed chemicals which body needs.[155, 156]
7. Pancreatic enzymes go into the blood and organs and helps to clean them from the undigested proteins.
8. Also the fibrin – small blood clots are dissolved with the pancreatic enzymes.
9. Bile acids has the potent  vasodilation effects.
10. It is easier for blood to supply the spots covered by psoriasis plaques with the enzymes, white blood cells, oxygen etc.
11. Enzymes are dissolving the bacterial biofilms in the intestines/tissues/vessels, white blood cells are killing the exposed bacteria. Also there are certainly a lot of hidden processes that are going on, but we have no idea about them yet. The big problems can cause also the various implants in the body – metals used to fix the fractured bones, prosthetic joints, catheters, heart valves, dental implants, etc.[199, 200]
12. The nutrients and oxygen flow much better through the body and the psoriasis is on its way away.
13. You are cured from psoriasis.

SCD diet – no complex carbohydrates while healing the body (and psoriasis)

First I would recommend to not to go on strict diet where you will eat less Calories than usually. Also I would eat the same ratio of carbohydrates, fats and protein as usually because less food = less energy and less bile flow so actually the new psoriasis spots can appear. If you eat less the bacterial die-off can cause even more severe liver overload so the psoriasis can spread.

Maybe it is partially caused by less glucose in the blood so in case that there is not enough of the nutrients (glucose) in the blood the pathogen causing psoriasis can try to find a new location where is enough of “food”. Can you see the similarity with people as we lived in the past? We moved there where the food was. And if nobody else was there (strong immune system) we (bacteria) could stay there forever (psoriasis as a lifelong illness).

Another factor is that if you eat less food it moves slower in the intestines what causes that bacteria stay there longer – stool is about 75% water and 25% solid matter – and 30% of the solid matter are bacteria which produce the toxins.

The SCD (Specific Carbohydrate Diet) [35] is probably the most effective when it comes to SIBO treatment and the intestinal lining healing. You should avoid all the foods that contain the complex carbohydrates (sucrose/sugar, lactose, starches) since if your weak body doesn’t produce enough of the digestive enzymes those carbohydrates will stay in the intestines and feed the bacteria. The bacteria produce toxins that overload the liver and the whole body can works even less effectively = vicious cycle.

The lactose is broken down by the enzyme called lactase produced by the small intestine microvilli [36,37] so when somebody develop the lactose intolerance (just bloating after eating the dairy is the sign of lactose indigestion) then you know that the small intestine is probably damaged. That is why so many people cure their psoriasis just by going off of the dairy products. Because the undigested lactose won’t sit in the intestines anymore and feed the bacteria that overload the liver.

Along with the diet I would also:
– take bile acids supplement daily
– get teeth with root canals extracted
– get removed mercury fillings

Be very careful when taking the bromelain (or eating the pineapple) or other proteolytic enzymes. The enzymes can often cause the bleeding (tongue, ulcers, intestines, etc.). So if you are taking the blood thinning drugs or have serious blood coagulation problems, don’t use the enzymes!

– if you can afford it eat 1 papaya (5 ounces/150 grams) a day; it contains the papain enzyme which breaks down the biofilm in the intestines. You can buy papain – the enzyme found in papaya – as supplement.
– if you can eat just raw food, then do it (pineapple, papaya, banana, avocado, mango, apples, pears, nuts, seeds, kale, spinach, broccoli, etc.)
– use daily for 2-3 months some of the following herbs: Neem leaf (tincture, capsules or tea), Pau d’Arco (tea or capsules), Burdock root (tea or capsules), Yellow Dock (tea or capsules), Forskolin (50 mg – 100 mg), cinnamon 1g -3 g, turmeric 1g – 3g
– supplement also with B12, B9 – as folate, B6 – better is coenzymated form, zinc, iron if deficient (the most accurate is the ferritin test), magnesium, vitamin D3, vitamin E, vitamin A, vitamin K2, vitamin C
– 3 x daily 7 capsules of Betaine HCL (650 mg capsule) – 7 for breakfast, 7 for lunch and 7 for dinner. This is important mostly when you eat a protein containing food.
– 3 x daily 1-2 capsules of Pancreatin 8X (or 3 x 2-4 capsules of Pancreatin 4X)

After the 3 months on SCD diet you may start to eat the complex carbohydrates:
– if you eat cooked food eat mostly: rice (brown or white – actually I think that white is better because it is easier to digest), lean meat, beans, peas, lentils, potato, etc.
–  I would not eat gluten (perhaps forever if you are gluten intolerant or have celiac disease), not much dairy (mostly with high lactose content – you can buy lactose free milk what is produced by adding the lactase enzyme), and processed sugar (junk food)

For many people it is important to stay off of the gluten permanently. And raw food or SCD diet is still better than any cooked carbohydrates (rice), but on raw food diet you may have problem to eat enough of Calories and protein (it depends very on your genetic). You just have to eat enough Calories on raw food diet and also it is important to eat enough of food that has bulk (fiber) in order to regular daily bowel movements. Otherwise the food (even digested) with bacteria sits in the small intestine and colon and bacterial toxins leak into the body. That’s in my opinion why many people worse their psoriasis on diet – they eat less Calories and not enough in bulk – fiber.[159]