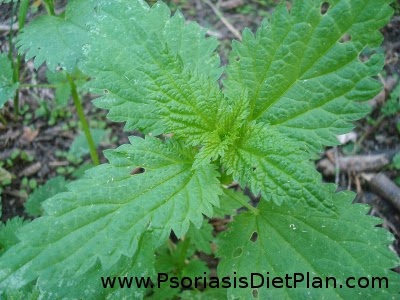 Bile acids/salts – should be produced in the body normally when you heal the liver and the stomach acid production is working. If you have had your gallbladder removed you should supplement the bile acids long-term (forever).

Pancreatic Enzymes – also the pancreas should be start working as long as you correct the stomach acid production and the pancreas (if it had the problem producing the enzymes). Until that time it is very helpful to supplement with some strong pancreatin or even better with some blend of the various digestive and proteolytic enzymes.

Forskolin (Coleus Forskohlii) – up-regulates the cAMP – which is extremely important for normal bodily functions. The body usually gets deregulated by the toxicity and infections = the cGMP takes over the control. Forskolin activates the proper stomach acid production, increases the vasodilation, supports many essential processes in the cells and activates the production of the various enzymes in the body.[90]

Lactoferrin – this multifunctional protein has about 300 times better “skills” when it comes to iron binding than transferrin which is standard iron binding protein in human body. When you eat this protein in whey protein supplement, colostrum or as a dedicated supplement in capsule, it binds the iron in your intestines and inhibits the biofilm formation. That iron is then transferred right into the body cells where it is needed.

Xylitol – this sugar inhibits the biofilm formation; it is commonly used in mouthwashes

L-Histidine – this amino acid helps the body to produce the stomach acid on its own.

Nattokinase – to dissolve the fibrin clots in the blood.

Niacin – is a great supplement mostly for general body supporting effects. It supports the stomach acid production, improves the anxiety and depression and the niacin flush is great for oxygenation of the tissues in the body.[58]

L-Arginine – although it is a great supplement generally and for vasodilation, it is considered that it supports the mycoplasma. Anyway, I would still use it unless you feel bad when taking the L-arginine since the positive effects are more powerful than the fact that it may support the mycoplasma in growth.

L-Glutamine – greatly helps to repair the intestinal lining. 2 – 3 times a day take 3 grams as a powder or in a capsule.

Berberine – The study proved that berberine prevents the liver fibrosis through the inhibition of hepatic stellate cells proliferation.[51]

Probiotics – Lactic acid bacteria can significantly reduce the adhesion of Staphylococcus aureus in the intestinal tract and even kill the S. aureus bacteria.[55] However psoriatics have usually overgrown even the useful bacteria in the small intestine, so it is better to take the probiotics only if the skin is already improved.

You should use the B12, zinc and iron(body loses them during the rapid cell proliferation), calcium and magnesium mostly because those 5 very important nutrients are really hard to absorb without the adequate amounts of stomach acid.

And as you now know many psoriatics could have low stomach acid for many years or decades.

The longer you have lived with psoriasis the more deficient you may be in those nutrients.

Don’t forget that at the time when psoriasis appeared for the first time your body was already deficient in some nutrients for a long period of time.

Body deteriorates and running out of the nutrients slowly and that’s why it seems hard to find a cure for many diseases which are just the symptoms of deficiencies (and subsequently developed toxicity or vice versa).

Vitamin C – is a cheap supplement with the powerful antioxidant properties. Very recommended.

Vitamin D3 – already mentioned in this article; it affects at least 2 000 genes so the deficiency can cause various symptoms. [83]

Vitamin B12 – supports methylation, RBC production. Some people cleared their psoriasis just using the high dose B12. (1000 mcg – 5000 mcg a day in the form of methylcobalamin). [95]

Zinc – extremely important mineral for the hundreds of enzymes and immunity [89]. Serum zinc levels in psoriatics are lower than in healthy people which may contribute also to lower glutathione levels in psoriatics.[79] Along with normal depletion of zinc in psoriatics there is also a zinc loss during the rapid skin cell proliferation.[49,50] Zinc also increases the oxygen affinity of hemoglobin which eventually helps the oxygenation of the tissues.[65]

Magnesium – supports the enzymatic functions in the body and relax the muscles – better blood flow.

Potassium – supports the stomach acid production and electrolyte balance in the body.

Iron – needed for healthy red blood cells, however the lactoferrin seems like a much better option because it will draw the iron away from bacteria and transport it to the cells where it is needed and wanted. Iron supplementation can prevent the iron deficiency anemia even in hypochlorhydria.[64] Iron deficient red blood cells have also more stiff cell membranes what affects the flow of these cells through the micro-vessels. [66] The increased skin cells proliferation as well as the inflamed intestines cause the higher iron loss in psoriatics.[93]

Iodine – is an extremely important in human body. Many people are deficient in it since most of us doesn’t consume the sea foods everyday where the iodine is abundant. Instead we have the water with fluorine and chlorine which interfere with the iodine.

B-complex – the best is to use the coenzymated/active form of  b-complex vitamins, the brewer’s yeast is an easy option to do so plus you get a lot of amino acids.

fish oil – this is a must to recover since the cells are build also from fat; our brains are 60 % of fat; so it important to eat enough of the omega 3. The longer somebody have bad liver function the more deficient his body is in these essential fatty acids (since without the bile acids we can’t assimilate properly the ingested fats). Supplementing with the fish oil your body gets the material to rebuild the intestines also the skin cells and RBCs above all others. You have to remember that low bile acids/salts production cause that even the fish oil can not be properly assimilated by the body.

krill oil – you can supplement the omega 3 fatty acids taking the krill oil, since it contains the omega 3 in better form which is more easily absorbed.

Also you can drink the detoxifying teas from the herbs that can grow right behind your house.