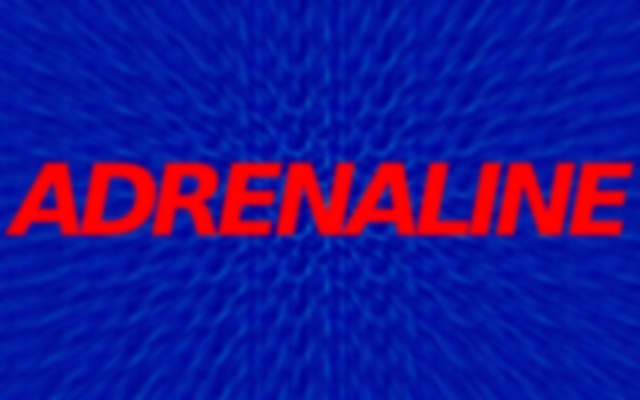 Adrenaline: The Effects of Alpha and Beta Adrenergic Receptors on Vasoconstriction and Blood Flow in Psoriasis 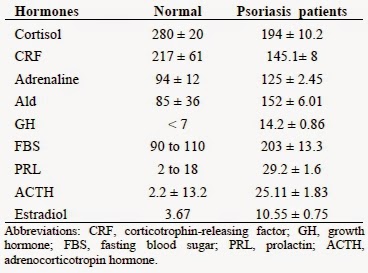 There are two types of adrenaline receptors – Alpha and Beta receptors.

One of the jobs of Alpha adrenergic receptors upon activation by adrenaline is to constrict the smooth muscle which is lining the blood vessels. That’s why you may develop along the psoriasis also cold hands and feet, incontinence, muscle pain and many other symptoms – all these may be caused directly on indirectly by constriction of blood vessels and smooth muscles in the places like urinary bladder. The result is often an impaired blood flow in the specific area.

The job of Beta-2 adrenergic receptor is quite an opposite. Its job upon the activation by adrenaline is to relax the smooth muscle.

Now you may ask how is that both of those types of adrenergic receptors are activated by adrenaline? Isn’t that counteracting?

The principle lies in number of each type of receptor as well as their sensitivity to adrenaline. 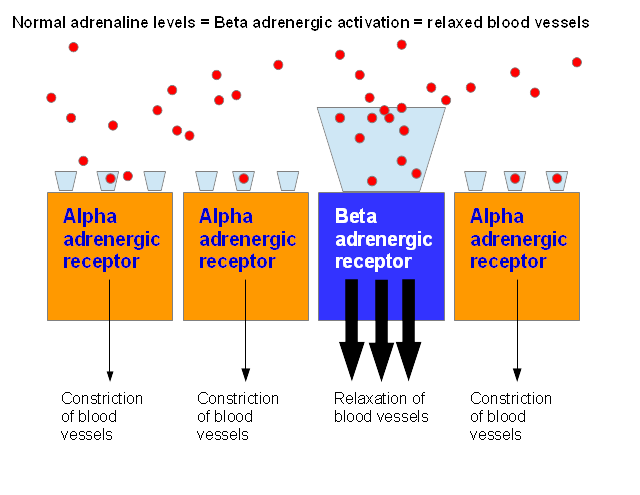 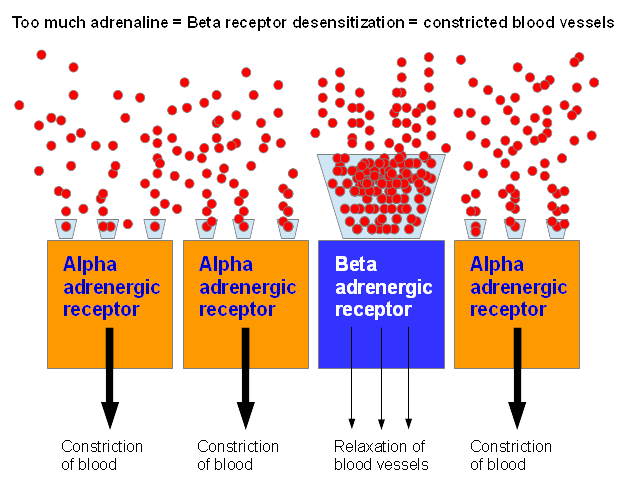 This principle as a short-term survival is great, however, long-term this will lead to various symptoms due to decreased blood flow. Yes, even if this dysregulation of adrenaline caused no other effect than decreased blood flow via vasoconstriction it would be serious enough to induce many symptoms we call diseases.

I believe that psoriasis is one of those symptoms.

Autonomic Nervous System is what makes the vasoconstriction symmetric in the same places on both sides of the body. Then the opportunistic fungi just infect the skin through the hair follicle.

Simple? Yes, but the solution is more difficult.

Because everybody is different.

Some people may have infection which caused adrenal dysfunction and adrenergic dysregulation. Some people may be severely deficient in B-vitamins which are very important for nervous system (especially B1, B3, B5, B6, B12), some people are deficient in magnesium which is essential for muscle relaxation being it biceps or smooth muscles in the blood vessels. And last but not least most of us have bad digestion (SIBO) and endotoxins from the small intestine cause inflammation and hormonal imbalances (adrenaline works as a neurotransmitter and hormone).

There was a study which concluded association between increased epinephrine (adrenaline) levels and psoriasis remission.[1] The effect is not conclusive and definitely tied to adrenaline since the study involved also the measurements of cortisol levels and bacterial markers which correlated with psoriasis remission as well. The cortisol and bacterial markers significantly decreased during the remission phase.

Alpha-2 adrenergic receptor activation is associated with decreased production of acetylcholine as well as dopamine.[2, 3] Both of these neurotransmitter are very important for our well-being, memory and relaxation. Many psoriatics suffer from “adrenal fatigue” which is actually just a name for quite the opposite feelings of relaxation and well-being.

The use of galantamine is not restricted only to Alzheimer’s disease. In Europe there were studies which tested the powerful effects of galantamine for other conditions like on bed-wetting in children.

Now you already know that urinary bladder is lined with smooth muscle which is constricted by adrenaline acting on Alpha adrenergic receptors. Since the scientific data proved that galantamine may significantly improve or cure the bed wetting in children maybe galantamine will affect the other conditions involving the adrenaline like psoriasis.

That’s at least my opinion and some users taking the nootropic supplements (neuro/memory enhancing supplements) reported this effect.