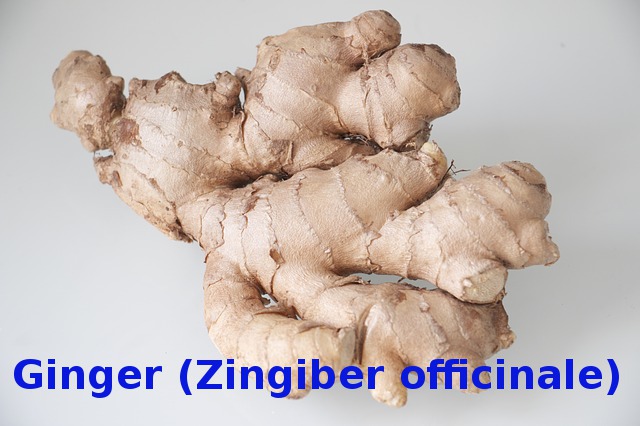 Ginger is one of the best plants which can dramatically help us improve our health.

It is able to act as an antioxidant, thins the blood, improves the insulin resistance which leads to less hypoglycemic episodes and that in turn leads to less adrenaline flowing through our blood. Less adrenaline = less anxiety and less depression which can appear after some time of having too much adrenaline produced in our bodies.

It is not recommended to take the ginger supplements when taking the blood thinning drugs like warfarin (Coumadin).

Ginger is not especially high in any known nutrient besides the manganese which is present in ginger at about 33mg/100g = 1500% of RDI.

The ginger contains a lot of gingerols which are responsible for its distinct odor, flavor and many of its positive health effects.

Researchers tested the effects of 1 gram of powdered ginger on seasickness (kinetosis, motion sickness). There were remarkably fewer symptoms of nausea and vertigo reported even though the difference was not statistically significant.[14]

It is suspected that serotonin receptors are involved in mechanism of action of ginger on motion sickness.

Psoriatics have underlying chronic inflammation caused usually by endotoxins from small intestine or root canal teeth which is linked to impaired glycemic homeostasis.

You can and should have remove any infected teeth including those treated with root canal because infection is the cause of psoriasis. Endotoxins as well as direct or indirect neurotoxins produced by bacteria mess up the body to the point of development of psoriasis.

It is relatively easy to pull out the dead or infected tooth full of toxins producing bacteria.

Due to vicious circle which involves the endotoxin (and other toxins) induced chronic inflammation it is hard for the body to get out of it on its own.

Insulin resistance caused by chronic inflammation leads to hypoglycemia and this leads to adrenaline production. Too much adrenaline switches the Autonomic Nervous System to fight-or-flight state rather than rest-digest-repair.

So the point is to reduce the inflammation naturally and safely with supplements and herbs like ginger or turmeric while working on increasing the bile flow, progressive restoration of deficiencies and detoxification. Health will come on its own once we provide the body what it needs and eliminate all the problems – especially the dental infections including the teeth treated with root canals which are EXTREMELY dangerous!

In one study 20 healthy males supplemented their diets with 100g of butter daily for 7 days which significantly enhanced the platelet aggregation. Then the researchers divided the volunteers into two groups. The 10 men took 5g of ginger daily in two divided doses with fatty meal and the other males received the placebo.

The serum levels of lipids did not change in both groups.[12] 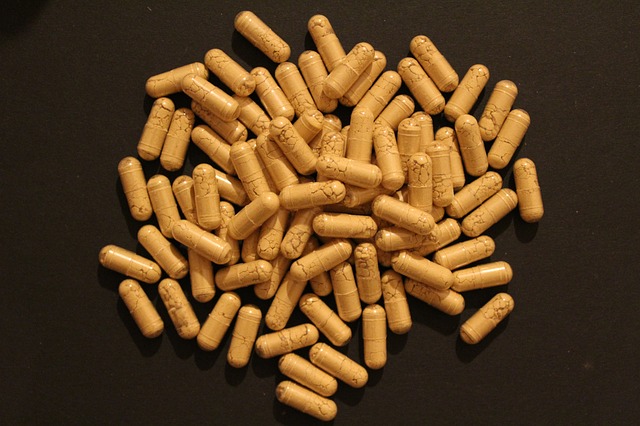 Even though psoriasis is associated with hypercoagulation the same can not be specifically claimed about the platelet count.

In some people with psoriasis the levels of platelets are very high but in the others the levels are normal or low, sometimes very low.

The authors of the study “Platelet activation in patients with psoriasis: increased plasma levels of platelet-derived microparticles and soluble P-selectin” suspect that psoriasis pathogenesis may involve the problems related to platelet activation.

The researchers studied the plasma levels of platelet-derived microparticles (PDMPs) and soluble P-selectin (measured by ELISA test) in 21 patients with psoriasis. These two markers can reveal the level of platelet activation.

The results showed that plasma PDMPs and soluble P-selectin levels were higher in patients with psoriasis than in healthy controls. The significant correlation was found between PASI (Psoriasis Area and Severity Index) score and PDMPs levels.

The plasma PDMPs and soluble P-selectin levels were markedly reduced after the improvement of psoriasis.

“Our results show that blood platelets are activated in patients with psoriasis, especially in those with extensive disease, and suggest a close association between platelet activation and psoriasis activity. Plasma PDMPs level may be a useful indicator of the severity of psoriasis.”[1]

Also the onion acts as an anti-platelet food. The mechanisms responsible for these effects at least partially “involve AA release diminution, TXA(2)synthase inhibition and TXA(2)/PGH(2)receptor blockade.”[3]

Ginger was found to be also a potent inhibitor of thromboxane synthase, to raise the levels of prostacyclin (platelet activation inhibitor) without the raise of PGE2 (prostaglandin E2) and PGF2 alpha.[4]

The ginger’s effects on lowering the thromboxane production in humans were confirmed also in one study where the participants were eating 5 grams of raw ginger daily for 7 days.[2] 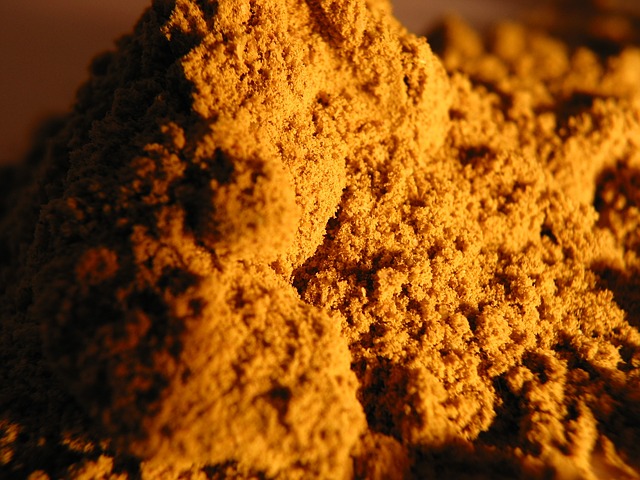 The effects of ginger supplementation were also studied in type 2 diabetics. The diabetics were taking 2 grams of ginger powder or lactose as placebo for 12 weeks before assessing its effects on fasting blood sugar, hemoglobin A1c, apolipoprotein B, apolipoprotein A-1 and malondialdehyde.

Ginger supplementation significantly reduced the fasting blood sugar levels, hemoglobin A1c, apolipoprotein B, apolipoprotein B/apolipoprotein A-1 ratio and malondialdehyde and increased apolipoprotein A1 levels compared to the baseline levels and placebo group.[5] The positive effects of ginger at dosage of just 2 grams of powder daily are excellent!

Another study in type 2 diabetics used 1600 mg of ginger vs. 1600 mg of wheat flour as placebo for 12 weeks. The authors confirmed that ginger significantly reduced the fasting blood glucose levels, hemoglobin A1c, insulin, triglycerides, total cholesterol, CRP and PGE2 compared to placebo group. However, there were no significant differences found in HDL, LDL and TNF-alpha levels between the ginger group and placebo group.[6]

“Ginger improved insulin sensitivity and some fractions of lipid profile, and reduced CRP and PGE2 in type 2 diabetic patients. Therefore ginger can be considered as an effective treatment for prevention of diabetes complications.”[6]

Another study in type 2 diabetics proved that ginger supplementation for 2 months significantly reduced the levels of proinflammatory chemicals like TNF-alpha, IL-6 and hs-CRP (high-sensitivity C-reactive protein) when compared to the baseline values of ginger group.

Another double-blind, placebo-controlled, randomized clinical trial researching the effects of 3 grams of ginger/day for 3 months was conducted on patients with type 2 diabetes.

The numbers speak for themselves – significantly improved fasting blood glucose, insulin resistance as well as inflammatory markers – all just by taking 3 grams of ginger daily.

The increased activity of PON-1 enzyme is especially interesting since this enzyme is involved in organophosphates degradation. PON-1 is also involved in HDL (high-density lipoprotein) anti-atherosclerotic effects.

Some PON-1 genetic variations (or mutations if you like) allow the enzymes produced by this gene to hydrolyse the oxidized lipids.

PON-1 which is a part of paraoxonases family of enzymes is involved also in anti-bacterial immunity.[9]

And keep in mind that these effects were achieved just with 1 gram of ginger daily! It is less than you would put in one serving of dinner meal!

Gingerols found in ginger are capable of improving the glucose uptake into the cells. One possible mechanism how they achieve it is the modulation of the GLUT4 receptors. The effects are mediated primarily via “an increase in surface distribution of GLUT4 protein”.[11] GLUT4 protein transports the glucose into the cells  – it is found mostly in adipose tissue (fat cells), cardiac and skeletal muscles.

“The enhancement of glucose uptake in L6 rat skeletal muscle cells by the gingerol pungent principles of the ginger extract supports the potential of ginger and its pungent components for the prevention and management of hyperglycemia and type 2 diabetes.
“[11]

Low numbers of GLUT4 transporters on the cells play a role in impaired homeostasis in metabolic syndrome.[13]