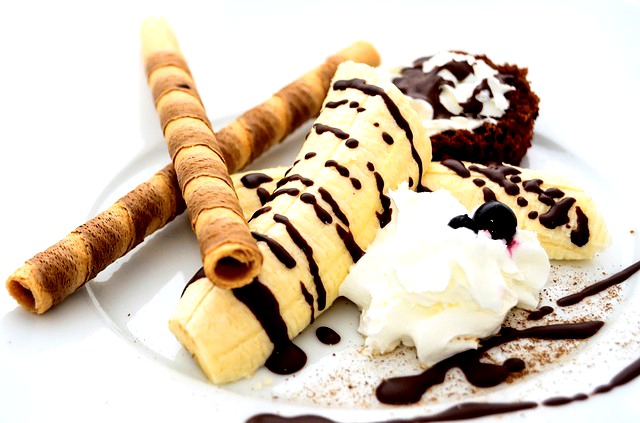 Psoriasis and Overeating – Binge Eating Is a Dopaminergic Problem

There is a difference between obesity and being overweight due to overeating. I think about the obesity quite differently. In my opinion obesity is caused by different metabolic problems which make the body store excessive amounts of fat and water weight. Sure we can not gain more fat than we eat calories but the problem is that in obesity the body may have the problems with utilization of energy from food so it is quickly stored as fat. If you have psoriasis you should know that being overweight, overeating and having a psoriasis have something in common – endotoxins and inflammation.[5,6]

I think that obesity and being overweight is not differentiated enough by the doctors and their recommendations are often just “eat less, exercise more and avoid the salt and fatty foods”.

In my opinion it is really silly to blame those overweight people who eat just about 2000 kcal daily for overeating or laziness and not exercising.

However, the underlying problem with significant weight gain like seen in obese people is inflammation.

Inflammation causes the insulin resistance which means that after eating too much insulin is produced and glucose is stored as a fat.

The result is that the body is left with little energy (glucose) to be used as the fuel for the cells so the hunger comes again in short time.

The insulin is heavily involved in this vicious circle of eating and storing too much glucose as fat.

The process is very complex and the hormones like cortisol and adrenaline play a major role in this.

However, there is another cause of weight gain – binge eating.

Dopamine – overeating is a food addiction

Blaming those who eat a lot of calories for their irresponsibility is the same as saying to psoriatics that they have psoriasis because they don’t wash their hands or something.

Binge eating is not something you can easily decide in your head. Sure, you may decide not to eat but you will feel awful, angry, hungry and without energy if you don’t eat. Hypoglycemia and dopamine is involved in this and your will have nothing to do with it.

The researchers proved the negative correlation between the number of striatal (striatum is a part of the brain) D2 receptors and body mass index (BMI). The lower number of D2 receptors the individuals had in their brain the higher was their BMI.[1]

Dopamine is a master neurotransmitter of the brain reward circuit.

The scientists documented that development of obesity in rats is associated with progressively worsening function of that reward circuit.[2]

“We found that development of obesity was coupled with the emergence of a progressively worsening brain reward deficit. Similar changes in reward homeostasis induced by cocaine or heroin is considered a critical trigger in the transition from casual to compulsive drug-taking.
…
Striatal dopamine D2 receptors (D2R) were downregulated in obese rats, similar to previous reports in human drug addicts.
…
These data demonstrate that overconsumption of palatable food triggers addiction-like neuroadaptive responses in brain reward circuitries and drives the development of compulsive eating. Common hedonic mechanisms may therefore underlie obesity and drug addiction.”[2]

In the next photo you can clearly see the differences in D2 receptors on scan between healthy and obese people.

So what may disturb the homeostasis of that dopaminergic reward circuit in the brain?

Emotional stress, deficiencies, infections; over-the-counter, prescription or recreational drugs … but where do all those causes meet? Inflammation.

Inflammation of the small intestine precedes really the most of the all health problems – whether it is psoriasis, anxiety or obesity. Parts of the dead bacteria called endotoxins get across the inflamed small intestine and cause a widespread inflammation in the body. That’s why everyone may develop completely different symptoms even though all are driven by chronic low-grade inflammation induced by endotoxemia. Some people are more prone to depression, the others develop insomnia, some psoriasis, fibromyalgia, rheumatoid arthritis or Crohn’s disease and so on.

Even though most people have toxic small intestine and the endotoxins is what caused their overeating and obesity some may have impaired their dopaminergic pathways more directly – by some drugs.

Yes, it might not be the emotional stress (breakup, death of a loved one, financial issues,…) what started your binge eating, it might be very possibly the recreational drugs like alcohol, smoking (tobacco contains various chemicals and naturally occurring alkaloids other than nicotine), amphetamines or cocaine. Those drugs affect the dopaminergic system and may very significantly desensitize the brain to dopamine.

What is the result of this desensitization?

Your brain feels unmotivated, slow, without excitement unless you stimulate it with something…

And what is the easiest to get and cheapest thing raising the dopamine levels?

The next image is from the study which researched the effects of dopaminergic overstimulation by L-Dopa (precursor of dopamine) on subsequent weight gain in rats after discontinuation of the L-Dopa. 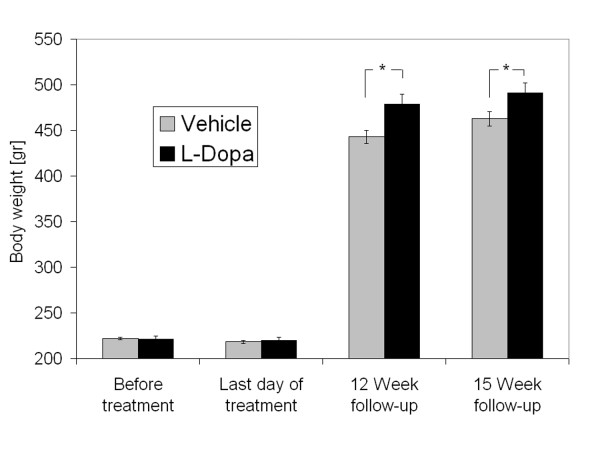 You can clearly see in the previous picture that the rats pre-treated with the L-Dopa gained significantly more weight compared to control rats.

Another study in rats concluded that the transplantation (via direct injection) of dopaminergic cells into the brain (LHA – lateral hypothalamic area) resulted in 1 gram increase of mean daily intake of food for each day of the 10 week study.

“On sacrifice at the end of the study, transplanted cells in the LHA were viable. Our data suggest that bilateral LHA dopaminergic cell transplant which presumably resulted in chronically and persistently enhanced dopaminergic activity in the LHA is associated with overeating and consequently, an excess weight gain.“[3]

The scientists also concluded “that dopamine release in the LHA correlates to the quantity of food consumed during a meal.”[4]

Why is dopamine so powerful stimulant? 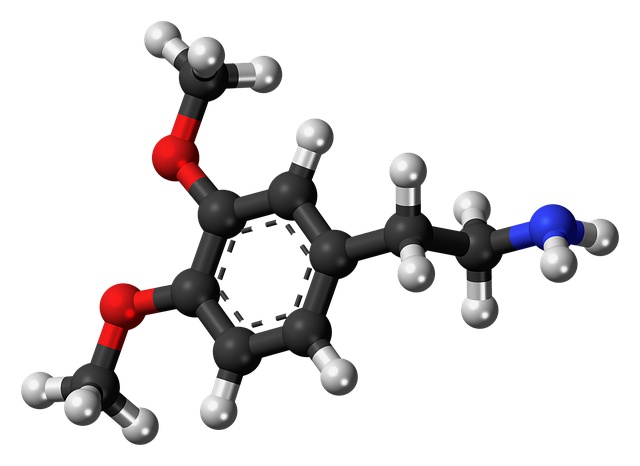 Eating is strongly associated with the dopamine reward pathways in the brain. It is so because eating is the single most important thing we as an individual being must do in order to survive.

The problem is when our body gets fooled and stops “thinking” about the food as the way to survive.

In that moment (which is actually usually not a moment but a slow process in most cases) we subconsciously start seeking for food as for a drug.

It is not a way to survive anymore, overeating starts to be a way how to enjoy the life.

You probably know how difficult or even impossible it may be to clear up psoriasis using the standard medical care. Well, the same applies for overeating and obesity – it is hard to get out of it even if you try as much as you can.