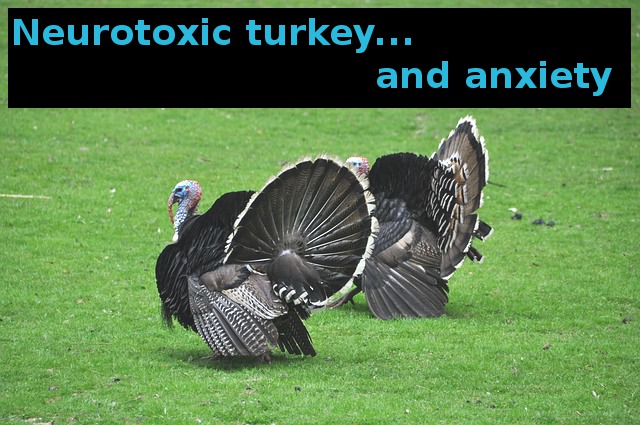 Psoriasis as well as OCD which is a form of anxiety are both caused by excessive chronic inflammation.

Sure! Those health problems are related!

Even though OCD is considered to be a only a low serotonin issue and psoriasis the dysfunction of immune system both of those theories are wrong as they can be.

The idea of low tryptophan diet as psoriasis cure exists for about 48 years. All that begun in 1967 when two doctors – Harry Spiera, MD and Albert M. Lefkovits, MD from New York published their paper “REMISSION OF PSORIASIS WITH LOW DIETARY TRYPTOPHAN” in one of the most popular medical journals The Lancet.

They reported that 3 out of 4 long-standing psoriasis patients completely cleared up their skin on low tryptophan diet and even the fourth patient improved.

The question is how does the tryptophan affect the pathogenesis of psoriasis?

The usual answer given on forums and websites is that tryptophan is an essential amino acid needed for cell division and if the intake is low then psoriasis disappear.

What is my opinion about that?

First, I don’t think that low tryptophan diet is generally good for people with psoriasis.

For some it might be an answer if there was some genetic mutation (similar to phenylketonuria – inability to metabolize essential amino acid phenylalanine) which would cause some problems in presence of higher intake of tryptophan but recommending low tryptophan diet for everybody with psoriasis is not good. 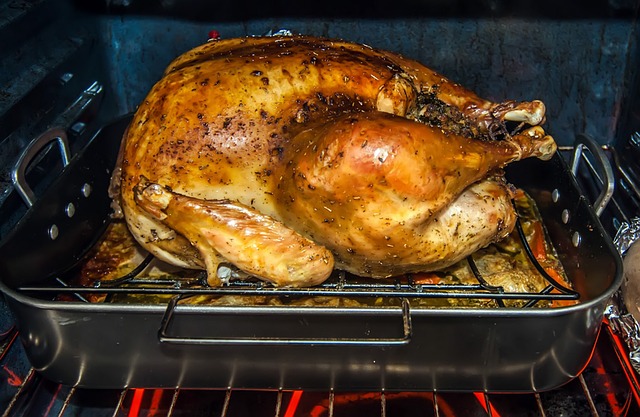 Turkey is blamed for drowsiness after eating allegedly due to its high tryptophan content. The truth is that turkey meat contains the levels of tryptophan similar to other meats – chicken, pork and beef.

Deficiency of tryptophan will usually cause low serotonin levels besides many other things so restriction of dietary tryptophan is not a good choice. 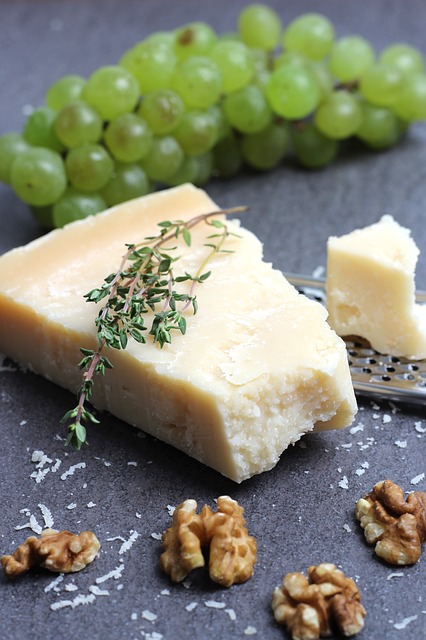 Parmesan cheese is one of the foods with high tryptophan content. 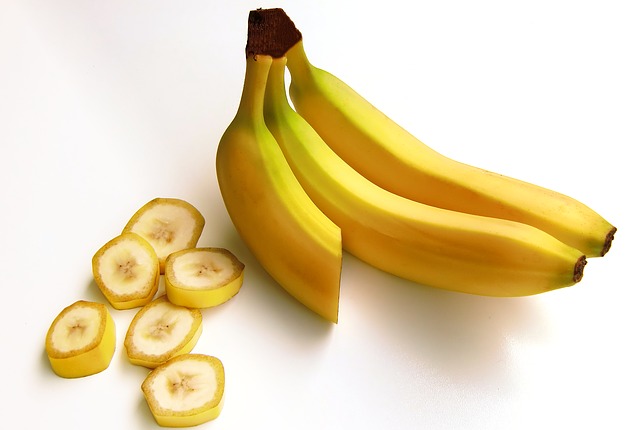 We should keep in mind that the success of low tryptophan diet may be very possibly be caused by improved diet overall which results in less inflammation in the body.

So how does tryptophan deficiency improve psoriasis?

I think it may be directly connected to its acetylcholine increasing effects.

The fact that the rats without adrenal glands had almost twice as high acetylcholinesterase activity compared to healthy rats may gives us a clue why is psoriasis so affected by stress and adrenal glands function.[9]

The same authors in another paper state that the acetylcholinesterase activity in rats increases 30 minutes after tryptophan force-feeding in heart, lungs, liver, spleen but not in the kidneys.[10]

But, maybe there is another cause of psoriasis where tryptophan is involved…

OCD just like psoriasis can be dramatically improved by many different ways like treating the adrenergic, cholinergic, dopaminergic and serotonergic pathways.

I would like to mention here one of my previous blog posts where I suspected that acetylcholinesterase levels might be the main reason why that diet works for some people.

But today I will present here another possible way how low tryptophan diet might positively affect the psoriasis and (neuro)inflammation – by lowering the levels of toxic metabolites produced by kynurenine pathway.

By the way turkey meat has high tryptophan content and that’s why I chose header image with this bird. 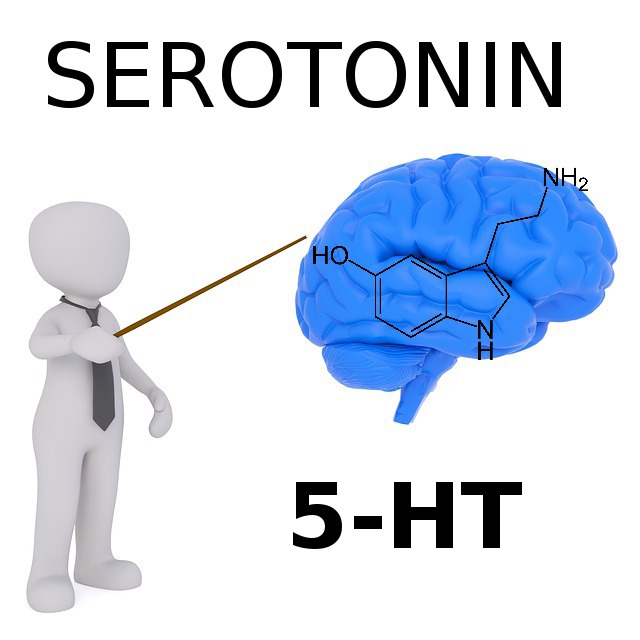 …and guess what induces the Indoleamine 2,3-dioxygenase (IDO enzyme) expression?

So, we are still going around the one and same thing when it comes to most chronic diseases – inflammation. In psoriasis and many other chronic inflammatory conditions something is inducing it and we are in a vicious circle of inflammation induced health problems (symptoms) which we so desperately are trying to resolve.

What exactly happens to serotonergic pathways when excessive inflammation is present in the body?

One of the big players in this is the above mentioned enzyme – Indoleamine 2,3-dioxygenase (IDO). 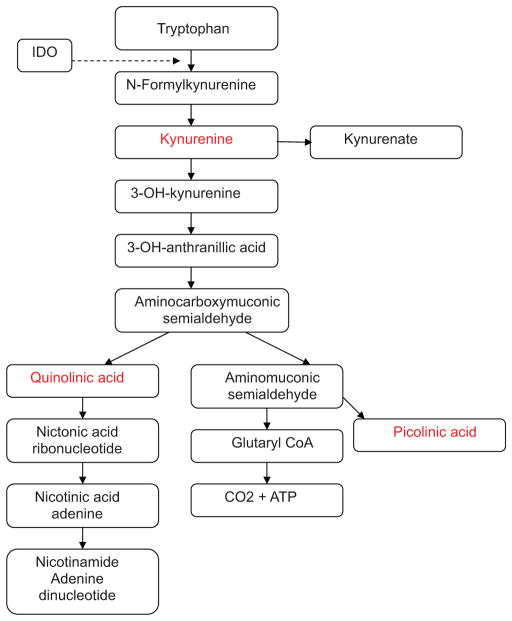 ”
The mechanisms by which administration of interferon-α induces neuropsychiatric side effects, such as depressive symptoms and changes in cognitive function, are not clear as yet. Direct influence on serotonergic neurotransmission may contribute to these side effects. In addition, the enzyme indoleamine 2,3-dioxygenase (IDO), which converts tryptophan into kynurenine, may play an important role, first, because IDO activation leads to reduced levels of tryptophan, the precursor of serotonin (5-HT), and thus to reduced central 5-HT synthesis. Second, kynurenine metabolites such as 3-hydroxy-kynurenine (3-OH-KYN) and quinolinic acid (QUIN) have toxic effects on brain function. 3-OH-KYN is able to produce oxidative stress by increasing the production of reactive oxygen species (ROS), and QUIN may produce overstimulation of hippocampal N-methyl-D-aspartate (NMDA) receptors, which leads to apoptosis and hippocampal atrophy. Both ROS overproduction and hippocampal atrophy caused by NMDA overstimulation have been associated with depression.
” [1]

The Indoleamine 2,3-dioxygenase enzyme converts tryptophan into kynurenine thus causing the reduction of available tryptophan which is a precursor to serotonin (5-HT).

Additional problems arise from metabolites of kynurenine such as 3-hydroxy-kynurenine (3-OH-KYN) and quinolinic acid (QUIN) which both have the neurotoxic effects.

3-OH-KYN contributes to oxidative stress and quinolinic acid may overstimulate the NMDA receptors in hippocampus (part of the brain) leading to hippocampal atrophy.

Maybe you don’t know but magnesium is a natural NMDA receptor antagonist.[4]

Are there any Indoleamine 2,3-dioxygenase enzyme inhibitors?

Yes, it is possible to inhibit this enzyme with many different chemicals – drugs which are COX-2 inhibitors (Ibuprofen) – and Rosmarinic acid which is found in many herbs.[5, 6]

The highest concentration of rosmarinic acid was found in – Mentha spicata (Spearmint) – but you have to keep in mind that in herbs the content of phytochemicals depends a lot upon a weather, geographical location, harvest-time… 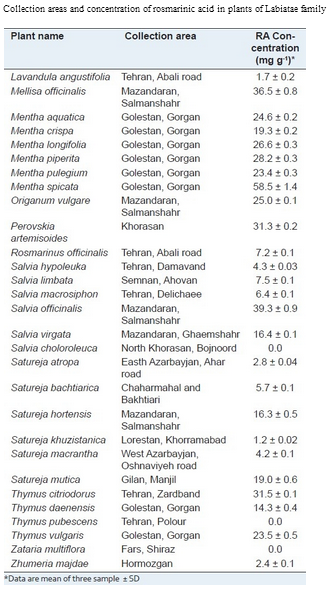 How to increase serotonin? 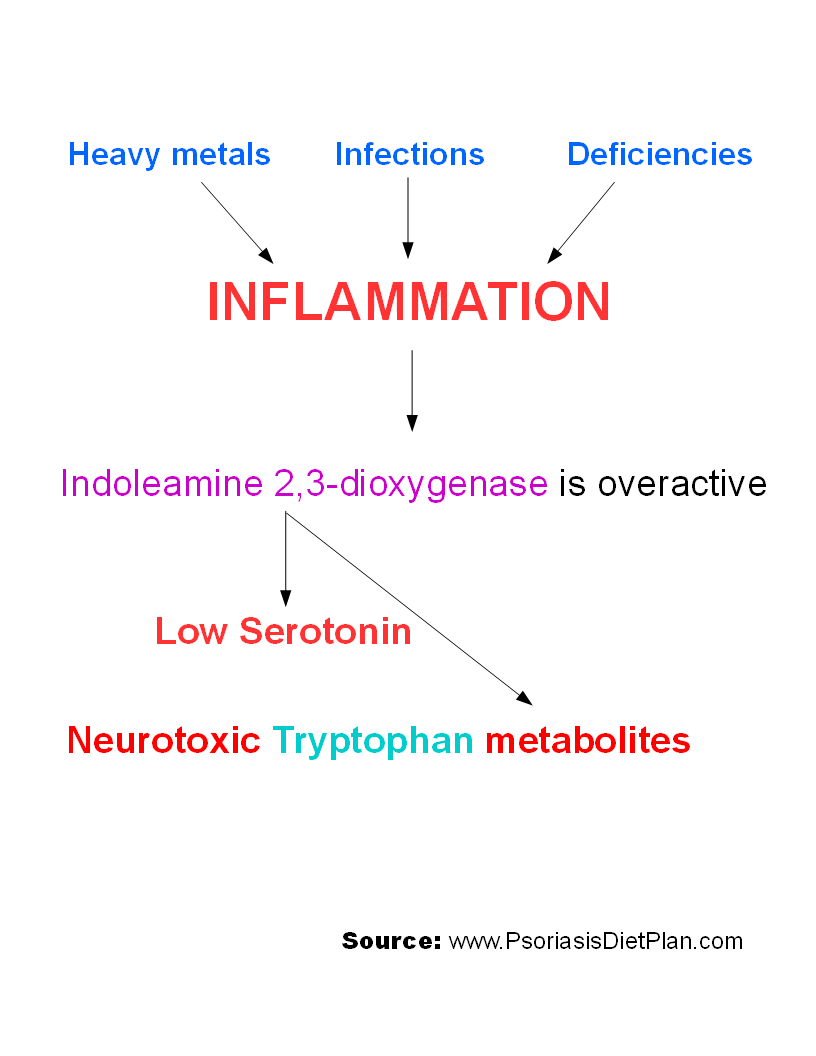 Steve Fowkes who has got decades of experiences in biochemistry and health shared his recommendations on Quora.com. Here is a truncated version:

If your serotonin is low because of chronic inflammation, tryptophan and 5-HTP supplementation might boomerang on you. Inflammation activates IDO (indoleamine dioxygenase), which catabolizes (burns up) both tryptophan and 5-HTP. This sabotages the serotonin increase to some extent, but it also causes the synthesis of two neurotoxic metabolites from tryptophan, and unknown catabolites from 5-HTP. This can cause a next-day malaise from taking tryptophan or 5-HTP.

There is a work-around for this kind of problem. You can pre-dissolve your dose of tryptophan or 5-HTP in water by adding predigested (hydrolyzed) collagen protein. The collagen peptides solublize the tryptophan, which would otherwise be minimally soluble, and 5-HTP, which is slightly water soluble already. This tryptophan cocktail, when drunk on an empty stomach, greatly speeds the absorption and utilization of tryptophan from the gut.

In addition, the atypical amino acid profile of collagen shifts the ratios of amino acids in the blood stream to lower those that compete against tryptophan for transport across the blood-brain barrier. There is little phenylalanine, tyrosine, methionine and histidine (large, neutral amino acids) in collagen protein, so the large neutral amino acid transporter is more available for transferring the tryptophan (and 5-HTP) into the brain from the blood stream. So more tryptophan and 5-HTP is converted into serotonin, and less is catabolized into neurotoxic organic acids.

This significantly potentiates the effect of tryptophan. From my own experiences, I’d estimate that the enhancement is roughly eight-fold. Instead of 1500-2000 mg of tryptophan, I get a better effect from only 200-250 mg dissolved in predigested collagen solution. I use two teaspoons of collagen peptides. This reduction of total tryptophan dosage also degreases the neurotoxic catabolites of tryptophan.
…
“

You can buy collagen peptides from iHerb.com or Amazon.com.

Is there any other enzyme which could be responsible for low activity of dopaminergic system?

Body is a huge factory running the billions of biochemical reactions every second so how to identify the exact problem in every individual person and how to find out what is causing it is hard if not impossible.

There is NO WAY to do that without genetic testing, extensive (blood) tests and testing for infections.

And even if you pinpoint the exact cause or culprit you still may not know all needed information to reverse it.

That’s why medical system especially when treating the chronic diseases is so ineffective, expensive and a big fraud!

The only surefire way and fact we know is that inflammation and/or infection and toxicity are causing the symptoms (and thereby all problems) of chronic diseases!

Actually those 3 factors are causing the chronic diseases.

How to cure anxiety and OCD?

Inflammation and toxins may affect the nutritional status of the body a lot as we already explained that above.

Pyridoxine is an extremely important vitamin for nervous system and its deficiency leads to all forms of anxiety disorders including OCD and psoriasis.

Let’s say that you supplement with pyridoxine (vitamin B6) because you heard it is critical for neurotransmitter production and overall well-being.

You take high enough dosage (50 mg) compared to Recommended Daily Intake (about 1.5 mg) but somehow you still struggle from symptoms of B6 deficiency.

How is that possible?

There is a lot of possible causes.

One is that you have a high levels of kryptopyrrole (condition known as pyroluria) in your blood which bind to zinc and vitamin B6 and pass them out through the urine.

Even though pyroluria is not generally considered to be caused by some infection I think it is either directly caused by infection or (infection induced) inflammation. It surely is not genetic even though genes play a BIG role in everything and predispose us to be strong or weak in one way or another.

And by the way vitamin B6 is also heavily involved in kynurenine pathway! [7]

”
Vitamins B2 and B6 are cofactors in the kynurenine pathway. Many of the kynurenines are neuroactive compounds with immunomodulatory effects. In the present study, we aimed to investigate plasma concentrations of vitamins B2 and B6 as determinants of kynurenines and two markers of interferon-γ-mediated immune activation (kynurenine:tryptophan ratio (KTR) and neopterin). We measured the concentrations of vitamins B2 and B6 vitamers, neopterin, tryptophan and six kynurenines (i.e. kynurenine, anthranilic acid, kynurenic acid, 3-hydroxykynurenine, 3-hydroxyanthranilic acid and xanthurenic acid) in plasma from 7051 individuals.
…
These results demonstrate the significant and complex determination of kynurenine metabolism by vitamin status.
” [7]

The best way how to resolve possible pyroluria-like condition (when you feel better on higher dosages of B6 daily) is to take B6 supplement and zinc along with the antimicrobials – naturals are better in my opinion – because they are generally less toxic and effective against the viruses, bacteria and fungi instead of just one type of pathogen.

Like if you take oregano oil which is effective against the bacteria, viruses and fungi you may avoid taking the man-made bacterial antibiotics, antivirals and antifungals like Diflucan (fluconazole) or Sporanox (itraconazole).

Nystatin as a non-absorbable antifungal acting locally in the digestive tract is an antifungal drug which I would considered when treating the yeast infections. Yeast is often a significant contributing factor to psoriasis pathogenesis.

But keep in mind that heavy metals toxicity can do a lot of problems so support the detoxification with NAC and maybe R-Lipoic Acid.

Hopefully, now you understand that killing the infections is essential in chronic diseases not only physical like psoriasis but also mental including anxiety and depression.

You may attenuate the inflammation by drinking the herbal teas and taking various supplements but following the endotoxin-lowering diet (low starch and sucrose) and taking the antimicrobials is essential!

9) Adhip P. Nandi Majumdar, Atif M. Nakhla. Influence of tryptophan on the activity of acetylcholinesterase in the brain of well-fed normal and adrenalectomized rats. Biochemical and Biophysical Research Communications, Volume 76, Issue 1, 9 May 1977, Pages 71-77