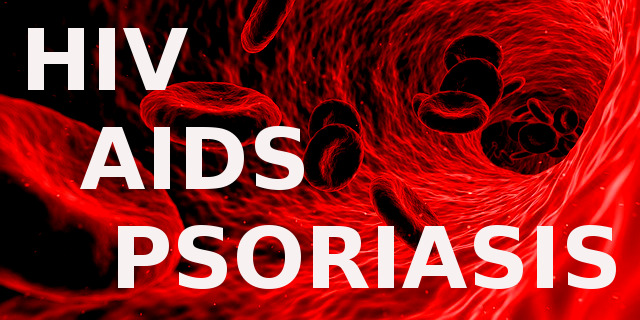 How AIDS Leads To Psoriasis

Psoriasis is reported to be more prevalent in HIV infected population compared to HIV negative population.

What is a paradox the scientists are trying to resolve?

How is it that immunocompromised patients develop the disease which is considered to be caused by overactive immune system…?

There are only two possible reasonable explanations which come to my mind:

Does HIV virus exist and does it cause AIDS?

Some of you may even question the real cause of AIDS or existence of the HIV virus but in this post I won’t go into that.

Sure, there is a lot of reasonable discussion about the origin of HIV virus which is known and generally accepted as the cause of AIDS (Acquired Immune Deficiency Syndrome).

If you are interested in this topic I would recommend you to read the book “Inventing the AIDS Virus” by Peter H. Duesberg and watch the talk by Dr. Robert Willner, MD who presented the unconventional views on AIDS and HIV on conference in Los Angeles in 1994.

But for the purposes of this blog post just consider the next three terms interchangeably: “AIDS”, “HIV infection” and “weak immune system”.

In the end it does not matter if AIDS syndrome is caused by HIV virus, some other virus, fungal infection, drug or heavy metal poisoning.

The hallmark of AIDS is the weak immune system which creates a perfect environment for the opportunistic infections which would have otherwise no chance to invade the healthy body.

Fungal infections are the most common cause of death in HIV-infected patients.

”
Fungi are major contributors to the opportunistic infections that affect patients with HIV/AIDS. Systemic infections are mainly with Pneumocystis jirovecii (pneumocystosis), Cryptococcus neoformans (cryptococcosis), Histoplasma capsulatum (histoplasmosis), and Talaromyces (Penicillium) marneffei (talaromycosis). The incidence of systemic fungal infections has decreased in people with HIV in high-income countries because of the widespread availability of antiretroviral drugs and early testing for HIV. However, in many areas with high HIV prevalence, patients present to care with advanced HIV infection and with a low CD4 cell count or re-present with persistent low CD4 cell counts because of poor adherence, resistance to antiretroviral drugs, or both.
” [6]

The AIDS scientists in 1987 knew that bacterial, viral and fungal infections can trigger psoriasis. [3]

So, why even in 2018 it is so hard for the doctors and psoriasis scientists to understand that psoriasis is usually caused by infection (which leads to neuronal inflammation = psoriasis)?

One report from 1993 describes a case of psoriasis, seborrheic dermatitis and disseminated cutaneous histoplasmosis in a patient infected with HIV. [5]

There is another case report of patient living with HIV infection for 20 years who developed histoplasmosis. [8]

The wart-like lesions were predominantly on face and upper body. Some of the other comorbidities were renal dysfunction, low counts of red and white blood cells as well as low platelet counts.

The part of the treatment was reintroduction of antiretroviral drugs and Itraconazole 3 x 200 mg daily for the first 3 days and then 400 mg/day. 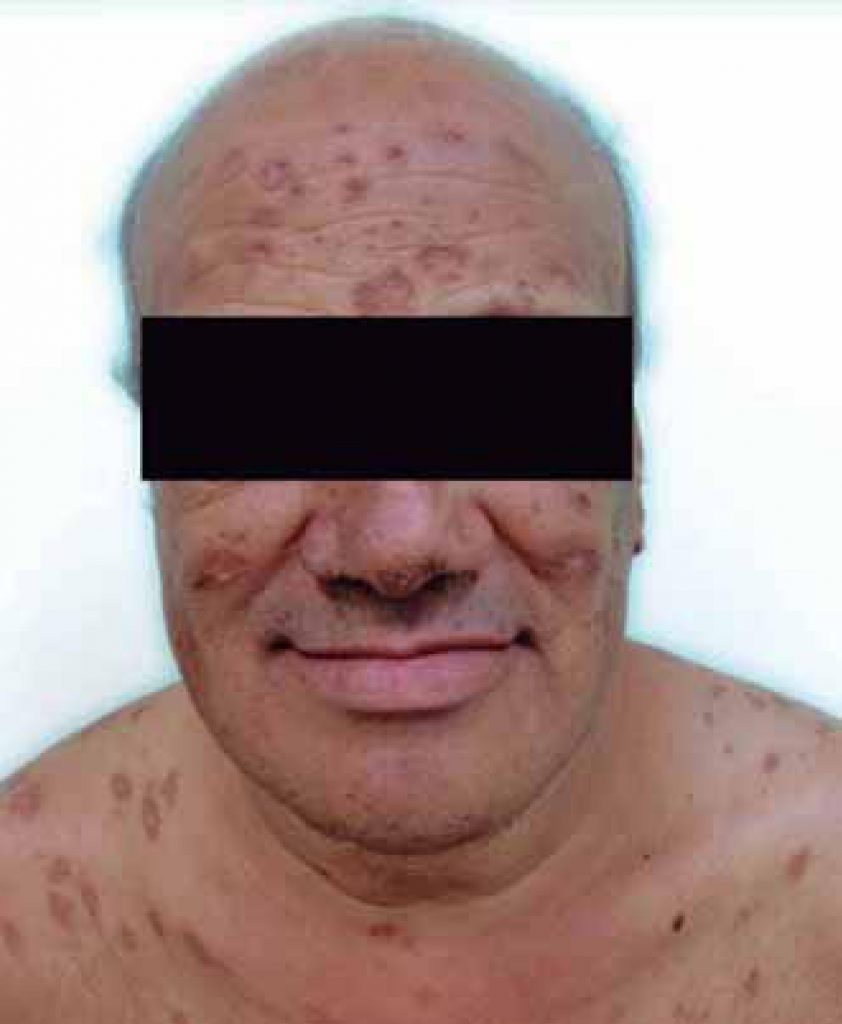 As the most therapies for psoriasis is immunosuppressive their use in patients with AIDS is controversial.

The medical treatment of psoriasis in AIDS patients is therefore more difficult as it is not recommended to use any immunosuppressive therapy for psoriasis in patients with HIV or those who already developed AIDS. [3, 4]

So, why it is so rare for doctors to use the antifungal therapy?

Nystatin is one drug which is relatively very safe as its absorption from the gastrointestinal tract is low.

Let’s get back to report from 1993 describing the case of psoriasis, seborrheic dermatitis and disseminated cutaneous histoplasmosis in a patient infected with HIV. [5]

Seborrheic dermatitis is suspected to be caused by fungal or yeast infection like Malassezia. Histoplasmosis is confirmed to be a fungal infection and what can we say about the cause of psoriasis?

I say it is an Autonomic Nervous System dysfunction (caused by systemic inflammation) leading to hypersensitive reaction of the nervous and immune system against the pathogens living symbiotically on the skin and in hair follicles (bacteria and yeasts).

Intestinal fungal or yeast infestation is one of the causes of inflammation (leaky gut). I think it might be worth to use Nystatin or oregano oil against that yeast and fungus.

AIDS Paradox: Development or exacerbation of psoriasis in AIDS

There are many possible causes of first time development or exacerbation of pre-existing psoriasis in HIV infection (AIDS):

“(a) the reduction of Langerhans’ cells (LCs) in HIV disease, (b) the direct epidermal proliferative effect of HIV, (c) the altered cytokine profile in HIV disease, (d) HIV-induced macrophage nitric oxide (NO) production, (e) the increased CD8/CD4 T-cell ratio in HIV infection and (f) the increased colonization of skin by Staphylococcus aureus.” [7]

The most interesting possible cause of exacerbation of psoriasis in HIV infection of those mentioned above is “increased staphyloccocal colonization”. [7]

In AIDS the immune system does not take care of the microorganisms properly so the skin may become the host for more than in case of healthy persons.

“Additionally, given that lipopolysaccharide is supposed to exacerbate psoriasis, increase of gram-negative infections or cutaneous colonization with these organisms in AIDS may partly explain the paradox. Understanding the HIV-induced immunodysregulation that is associated with psoriasis in some HIV-seropositive patients may assist in the delineation of the immunopathogenesis of the disease in HIV-seronegative psoriatics.” [7]

The negative outcome for patient is exacerbation of psoriasis due to higher counts of microorganisms on the skin and in the hair follicles.

As you can see, there is an increase in numbers of microorganisms living on the skin which more likely might cause an inflammatory reaction in AIDS patients.

I really think that psoriasis is just a result of significant dysregulation (hypersensitivity) of the neurons in the skin to microorganisms (yeast and bacteria which Malassezia and Staphylococcus being just two of them). Nervous system then signals the immune system to go there and do its job (create the inflammation in order to eliminate the pathogens and heal the tissue).

The problem is that nervous system is stuck and never sends the signal to back-off. The result is a vicious cycle of inflammation.